Which Tensor firmware file do I use? Tensor hardware versions Print

Due to changes on the Tensor circuit board, there are different firmware packages based on serial number.  The firmware update will fail if you use the wrong file for your pedal (it will not damage your pedal).

Use the tensor_mm.nn.pp.xxx.zip firmare update file (example: tensor_1.1.2.89.zip). These pedals were built starting in late 2018 and have a square opening in the enclosure around the USB port. The VERSION.TXT file (see below) will say “Bootloader 1.1” or a later version.

These Tensors support stereo input and output, or mono with longer loop time.

These Tensors support mono input and output.  We will have a user-installable upgrade board at some point, but as of December, 2022, some components are delayed due to supply chain issues.

How to find the serial number

How to tell visually

Here is a closeup of the middle and right Tensors: 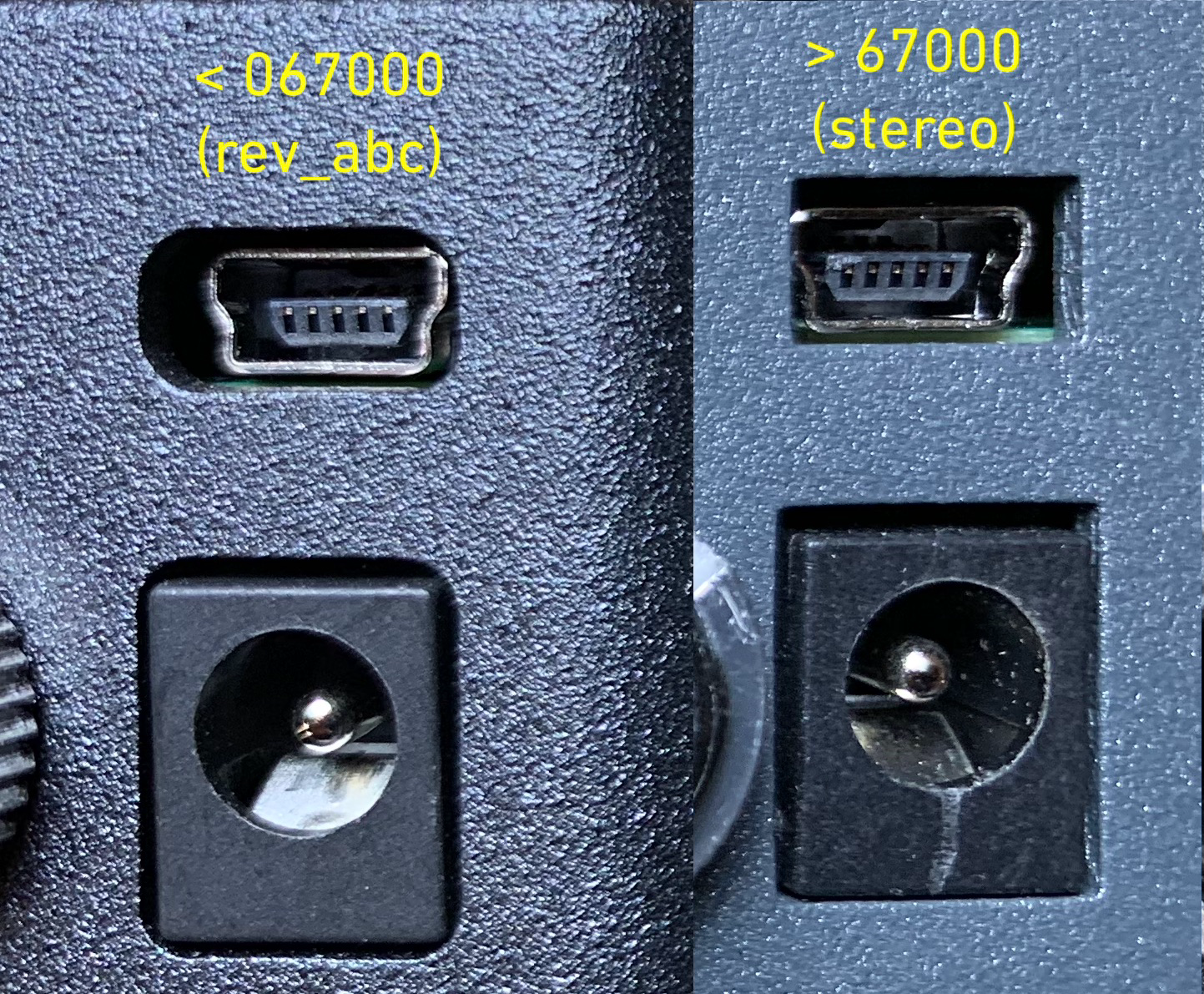 You can sometimes tell by looking at the LEDs.  Early Tensors had LEDs with rounded tops that poked up through holes in the enclosure.  Later Tensors use frosted light pipes that are less rounded and completely cover the hole.  This changed happened earlier than the enclosure hole.  Here are the same three Tensors: 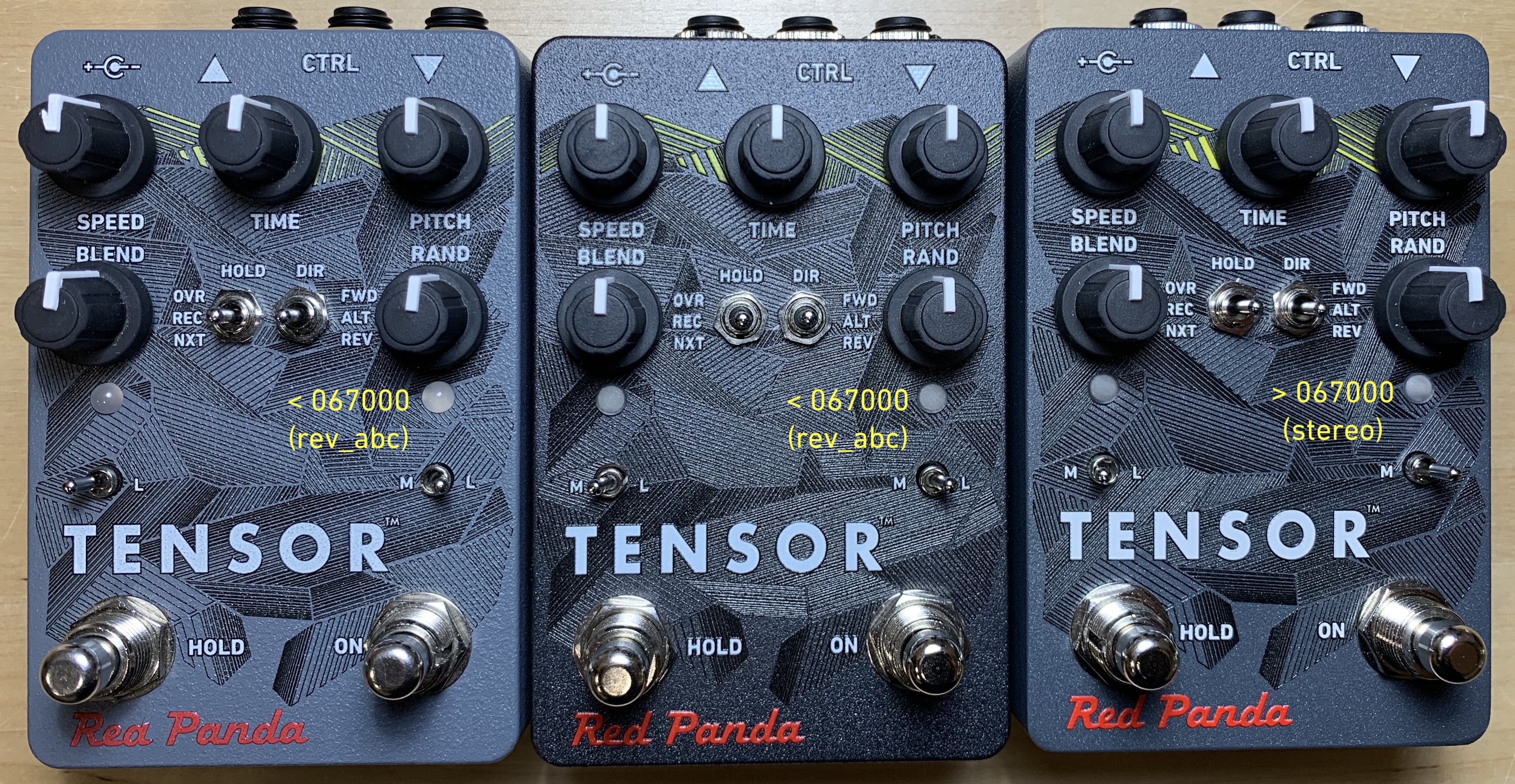 Here is a close of of the LED and light pipe: 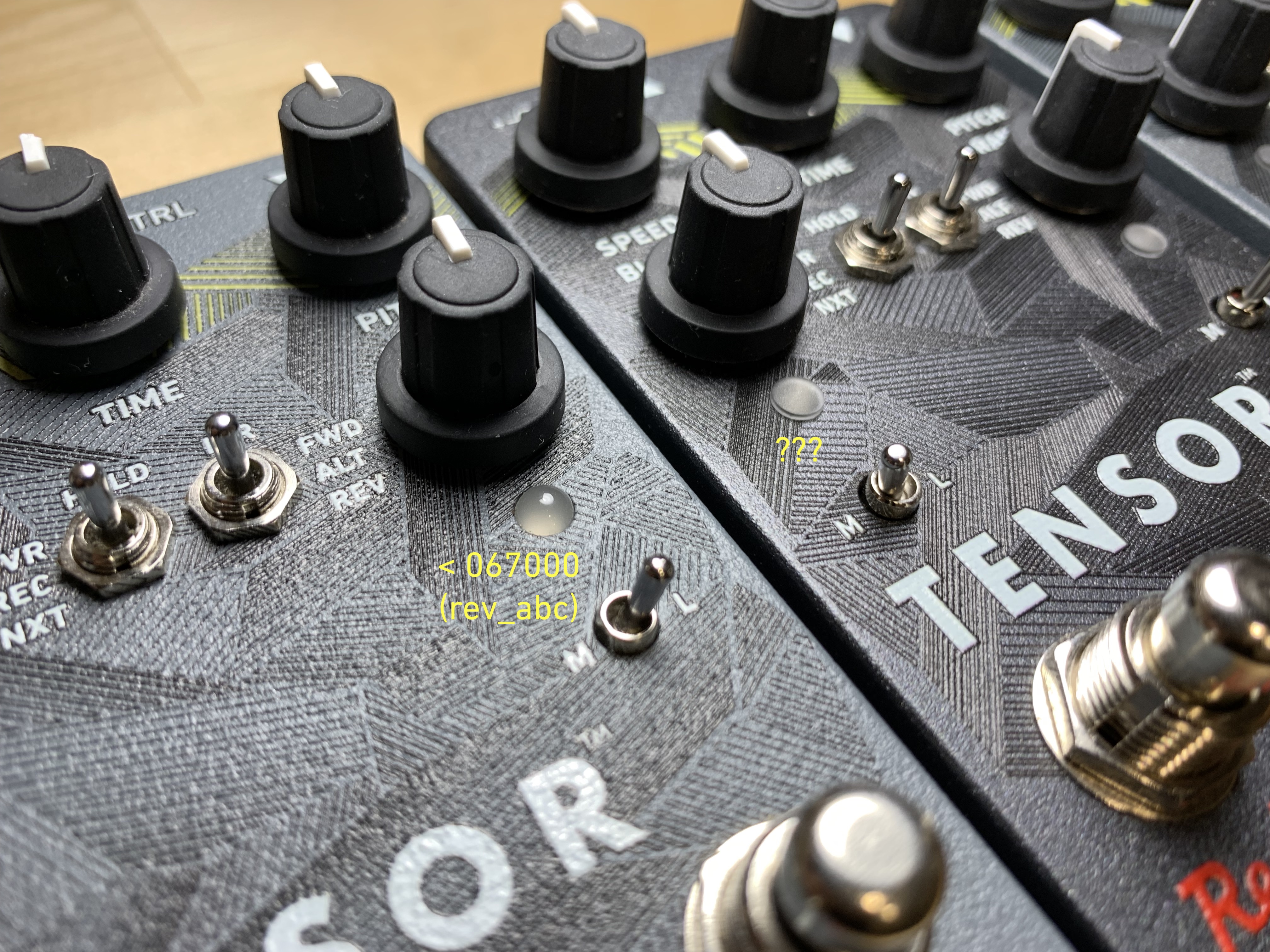 To tell which version of firmware your pedal is currently running:

1. Hold down the left footswitch and connect power.

2. The blue LED will blink.

4. The blue LED will turn solid. The pedal is now in USB Mass Storage mode.

5. Connect the pedal to the computer using a mini USB cable.

6. Open the TENSOR drive on your computer.

7. Open the VERSION.TXT file in a text editor.

C
Curt is the author of this solution article.

Did you find it helpful? Yes No

Send feedback
Sorry we couldn't be helpful. Help us improve this article with your feedback.